You need to learn the equations below 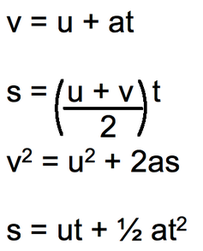 Negative direction is generally accepted to be left down the x axis and down the y axis
For example: 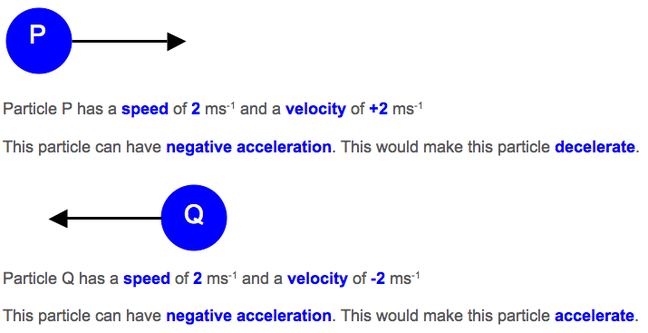 Unless told otherwise a particle will continue at the same acceleration

To find out the maximum displacement (achieved at T when the particle travels no further):

Because the rate of change in velocity (acceleration) is the same at all times we can assume things are the same on the journey back to O.

What's different is the time.

To work out the time taken to get from O to O use:

From being told that a particle started at O traveling at 8 m/s decelerating at 2 m/s^2 we have been able to deduce that the:

Gravity makes an object accelerate as it is a force

Gravity provides a downward acceleration of 9.8 m/s^2
In the vertical plain works in exactly the same way as in a horizontal line except we don't need to be told as much.

At first look we've only been told one thing about T. However we know much more:

To find the height P started off the ground use:

This means the particle started 2.2m above G

When asked to work out when two particles match each other's displacement, velocity etc. you need to use simultaneous equations.

How long after Q starts does Q overtake P?

This means you want an equation without v in it 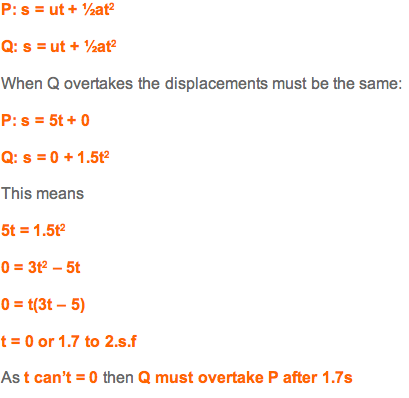 Graphs are a good way of working out questions with two particles. This helps you plot where they meet each other.