Arenes are hydrocarbons based on benzene C6H6

The ring is there instead of three double bonds due to the dissociation of the electrons which 'sit' on top of the ring.
At each corner is one carbon and one hydrogen.
These compounds are named as either the benzene group or the phenyl group depending on the functional groups present.
This would be called 1-methylbenzene. It doesn't matter where carbon number 1 is if benzene is the only functional group present. 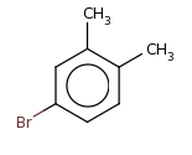 The catalyst is AlCl3 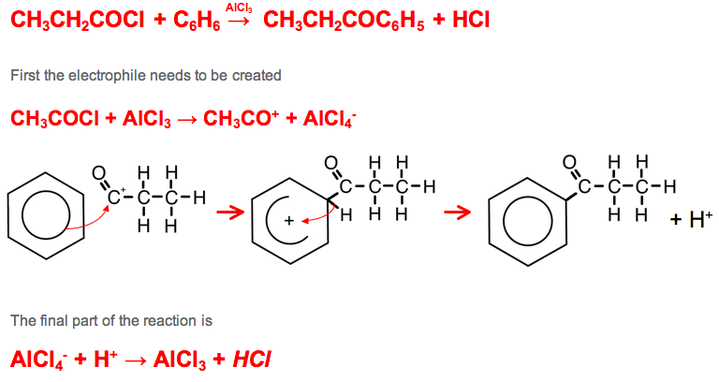 This occurs between benzene and concentrated nitric acid creating nitrobenzenes

The catalyst is concentrated sulphuric acid 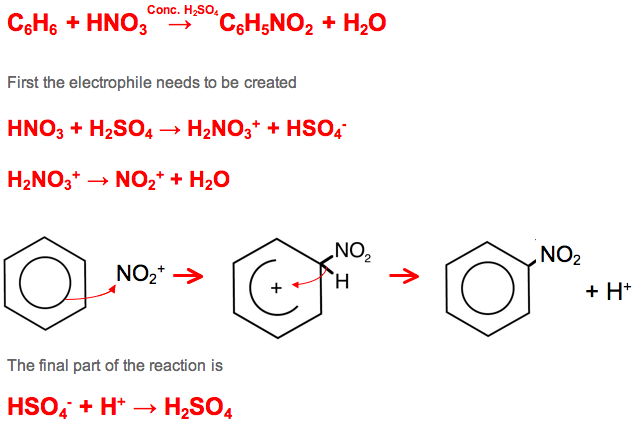 Nitrobenzene is reduced to phenylamine and water.

The conditions necessary are Tin and concentrated HCl under reflux and sodium hydroxide solution.

The reduction occurs through two steps.

The first requires Tin and concentrated HCl under reflux. The result is a phenylammonium salt and water 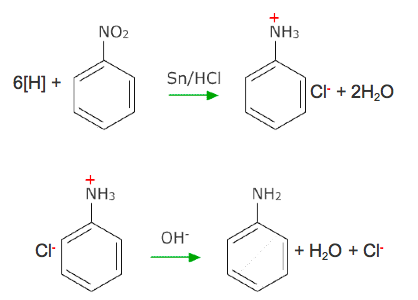