Structure of the Atom

The structure of the atom had changed many times until it reached what we believe it is today.
(For more on the history go to Atomic Structure - AS Chemistry)

He shot collimated alpha particles at a metal foil sheet in a vacuum chamber and put a detector on the other side. He then recorded how many alpha particles were detected around the metal sheet.

Most went through undeflected but, unexpectedly, some were found on the other side of the metal sheet having been deflected.

This lead to three conclusions:
The Current Nuclear model has a central positive nucleus containing protons and neutrons (nucleons), orbited by electrons 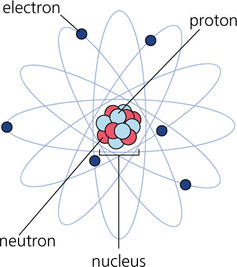 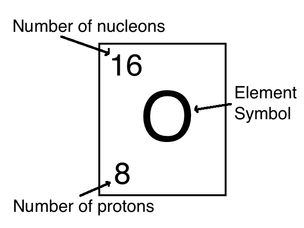 When dealing with nuclear density remember that the nucleus is assumed to be spherical so you need to use the volume of a sphere equation when working out its volume to get the density.

Remember - a nucleus is very dense

There is matter and anti-matter.

All particles have an anti-particle - It has the opposite charge

Particles made of quarks. Examples are baryons and mesons

There are six types. The up and down are the most common

They all have a baryon number of 1/3 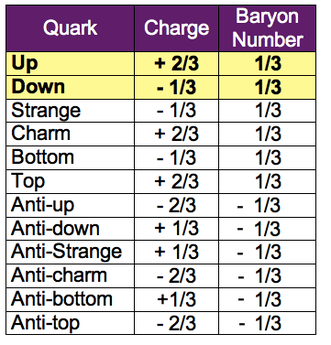 Quarks are bonded together by gluons - these are force carriers

Baryons are particles made up of three quarks

Particle made of a quark and an anti-quark

Leptons are fundamental particles and haven't been broken down further

The most stable and most common are electrons and (electron-)neutrinos

An anti-electron is called a positron

There are two other generations like in quarks. These are called muons and tauons

Leptons are affected by all but the nuclear strong force

Gravitational Force acts on all nucleons.

It is a long range force

It is attraction force only

Use the gravity equations when working out this force

Is a long range force

Repels protons from each other

Use the electric field equations when working out this force

It is responsible for beta decay.

An alpha particle is a helium nucleus - 2 protons and 2 neutrons.

Beta minus decay occurs when a neutron changes into a proton, electron (the beta negative particle) and antineutrino

Beta minus decay can be written as a Quark equation

can be written as

Beta positive decay occurs when a proton decays into a neutron, positron (the beta positive particle) and a neutrino

Beta minus decay can be written as a Quark equation

can also be written as

They have different penetrable power

Alpha and Beta can both cause ionisation of atoms through collision (alpha just needs to pass by an atom).

They both remove electrons 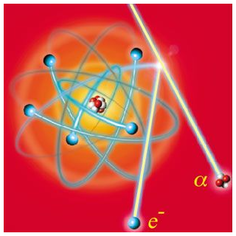 They respond differently in electric and magnetic fields

The Magnetic Flux is coming up out of the page. Remember that because beta- is a negative particle its conventional current is going in the opposite direction to its velocity.

The electric field lines would be travelling vertically and parallel down.

To calculate N when given the mass, you multiply the mass by avogadro's constant and divide by the atomic mass 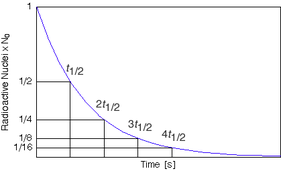 You can work out the half life using the equation below which can be derived from the exponential decay equations.

Because it stopped being produced when the object died the radioactive exponentially decreases over time.

Because the amount of carbon-14 produced varied throughout time the age is only accurate to 100 years.

In a smoke Detector alpha particles are passed between a p.d. They ionise the air and subsequently a constant current is formed.

When smoke get into the space between the p.d. it breaks the current causing the alarm to ring.

The alpha source is very weak so is not dangerous. 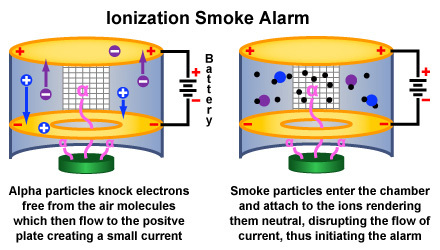 Nuclear Fission is the splitting of a large nucleus when hit with a slow moving neutron. It splits into two daughter nuclei and one or more neutrons. This process then continues if the neutrons produced are slowed down. Energy is given off in the form of Kinetic energy. 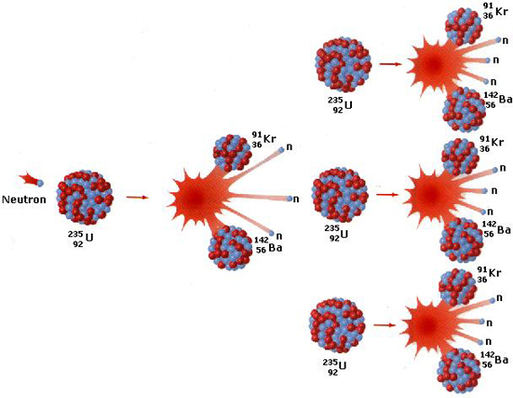 Nuclear Fusion is when Deuterium (Heavy Hydrogen) and Triterium (Very Heavy Hydrogen) fuse together to create a Helium Nucleus and a neutron. Energy is given off in the form of Kinetic Energy. 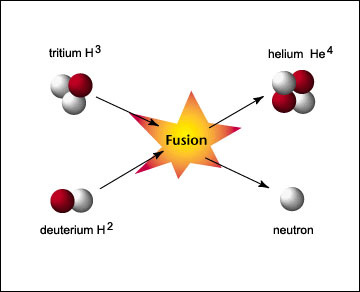 The difference in the sum of the mass is called the mass defect.

This is caused by the binding energy - the energy required to remove a nucleon from a nucleus as the strong force must be overcome.

Einstein said mass and energy were interchangeable. Giving you permission to finally use his famous equation.

This is how nuclear fission works. When a nucleus breaks up the mass increases. This releases energy.

In nuclear fusion the mass increases as well.

However the way the equation is most famously known is not how you need to know it.

In this A-level you need to use:

ΔE = Δmc^2
Energy is in Joules
Mass in kilograms 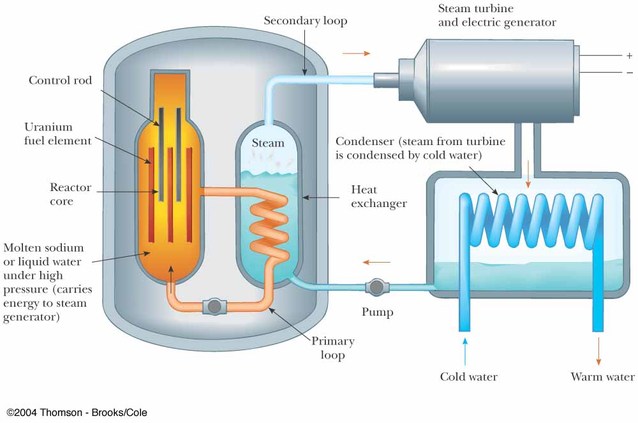 The moderator is used to slow down neutrons. It needs to have a low neutron absorption ability so not to lose too many neutrons.
Water is a moderator used.

In nuclear fission neutrons are used up and produced. For the reactor to work safely the rate of neutrons lost needs to equal the rate at which they are gained creating the critical chain sequence.

Control rods are neutron-absorbing material. They can be moved so to keep the reactor core stable.

In a nuclear fission bomb the amount of neutrons produced is greater than the amount absorbed. This allows the reaction to reach supercritical status - it can't be controlled and is no longer stable.

The coolant is there to absorb the energy from the reactor. It must have a high specific heat capacity, stability at high temperatures and mustn't corrode. It must be contained at all times as it becomes radioactive when passing through the core.

The reactor core is surrounded by thick steel which can resist the high pressure and heat. Then there is a 5 metre thick concrete box surrounding it which prevents any radioactive particles from exiting.

When disposing of radioactive waste the containment strategy needs to take into account the initial activity and the half life.

If the material is highly radioactive it must be able to cope with the activity and heat still produced.

If it has a long half life then the material must be durable and non-corrosive.